Preliminary Thoughts on the Way to the Free Library Congress 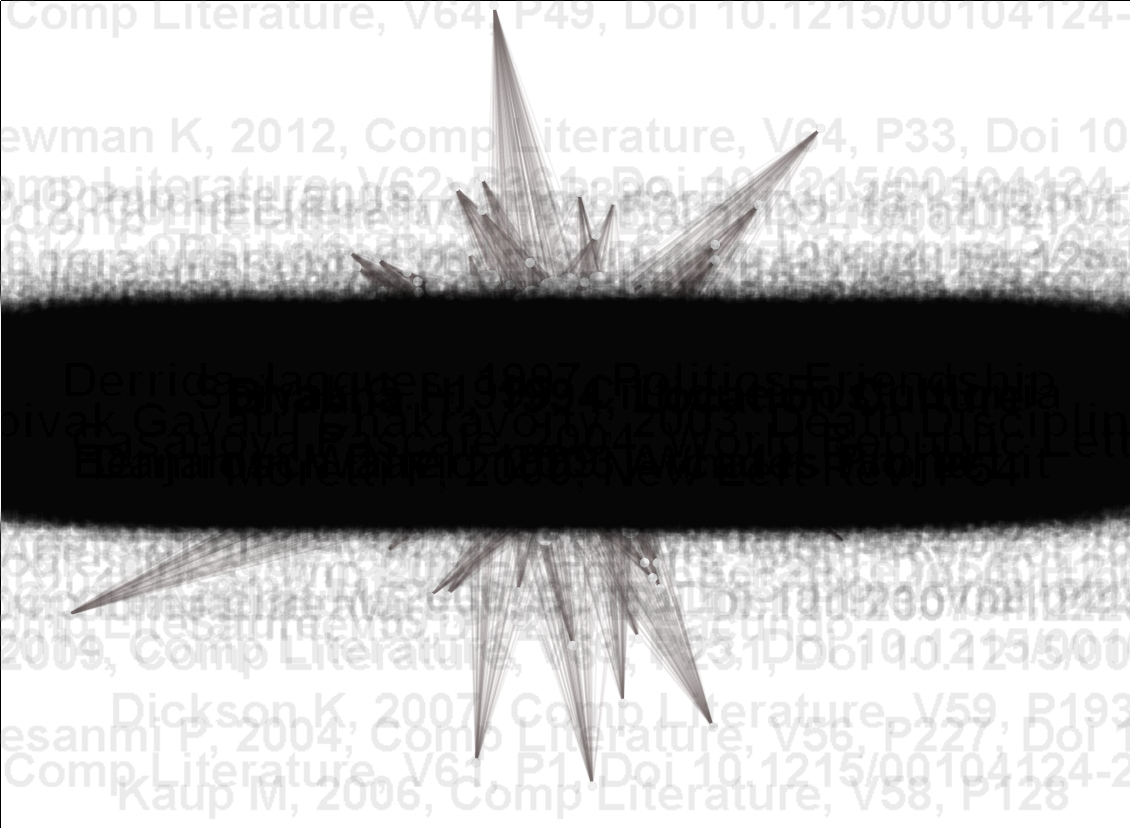 I am on my way to the Free Library Congress at Schloss Solitude, in Stuttgart. The event is not really called the free library congress, but that is what I imagine it to be. It will be a meeting about the growing conflict between those who assert their intellectual property rights and those who assert their right to access information freely.

Working at a North American university, it is easy to forget that most people in the United States and abroad, lack affordable access to published information—books, medical research, science, and law. Outside of a university campus, reading a single academic article may cost upwards of several hundred dollars. The pricing structure precludes any meaningful idea of independent research.

Imagine yourself a physician or a young scientist somewhere in the global south, or in Eastern Europe, or anywhere really without a good library and without the means to pay exorbitant subscription prices demanded by the distributors. How will you keep current in your field? How are you to do right by your patients in following the latest treatment protocols? What about citizen science or simply due diligence on the part of patients, litigants, or primary school students in search for reputable sources? Wherever library budgets do not soar into the millions, research involves building archives that exist outside of the intellectual property regime. It involves the organizational effort required to collect, sort, and share information widely.

A number of prominent sites and communities emerged in the past decade in an attempt to address the global imbalance of access to information. Among them, Sci-Hub.1 Founded by Alexandra Elbakyan, a young neuroscientist from Kazakhstan, the site makes close to 50 million scientific articles available for download. Elbakyan describes the mission of her library as “removing all barriers that impede the widest possible distribution of knowledge in human society.” Compare this with Google’s mission “to organize the world’s information and make it universally accessible and useful.”2 The two visions are not so different. Sci Hub violates intellectual property law in many jurisdictions, including the United States. Elsevier, one of the world’s largest scientific publishers, has filed a complaint against Sci Hub in New York Southern District Court.3 Of course Google also continually finds itself at odds with intellectual property holders. The very logic of collecting and organizing human knowledge is, fundamentally, a public works project at odds with the idea of private intellectual property.

Addressing the judge directly in her defense, Elbakyan appeals to universal ethical principles, like those enshrined in Article 27 of the United Nations Declaration of Human Rights, which holds that: “Everyone has the right to freely participate in the cultural life of the community, to enjoy the arts and to share in scientific advancement and its benefits.”4,5 Her language—our language—evokes also the “unquiet” history of the public library.6 I call this small, scrappy group of artists, academics, librarians, and technologists “free” to evoke the history of “free and public” libraries and to appeal also to the intellectual legacy of the free software movement: as Richard Stallman famously put it “free as in free speech not as in free beer.”7

The word “piracy” is also often used to describe the online free library world. For some it carries an unwelcome connotation. In most cases, the maintenance of large online archives is a drain on resources, not profiteering. It resembles much more the work of a librarian than that of a corsair. Nevertheless, many in the community actually embrace a few of the political implications that come with the idea of piracy. Piracy, in that sense, appeals to ideas and strategies similar to those of the occupy movement. When public resources are unjustly appropriated and when such systematic appropriation is subsequently defended through the use of law and force, the only available response is counter occupation.

The agenda notes introducing the event calls for a “solidarity platform” in support of free online public libraries like Sci Hub and Library Genesis, which increasingly find themselves in legal peril. I do not yet know what the organizers have in mind, but my own thoughts in preparation for the day’s activities evolve around the following few premises:

The cost of sharing and reproduction in the digital world are too low to sustain practices and institutions built on the assumptions of print. The attempt to re-introduce “stickiness” to electronic documents artificially through digital rights management technology and associated legislation like the Digital Millennium Copyright Act are doomed to fail. Information does not (and cannot) “want” to be free,8 but it definitely has lost some of its purchase on the medium when words moved from vellum to magnetic charge and subsequently to solid storage medium that—I kid you not—works through mechanisms like quantum tunneling and electron avalanche injection.